In today's technology world, it is very important to update our knowledge and be aware of the terms that are used in the digital world. Below we compiled a wide variety of idioms along with their concept in digital and biometric identification systems which can be used to make businesses more familiar with biometric technology.

A database of fingerprints used by law enforcement agencies. However, some civil or government agencies may also use the same database to verify identities.

In the context of identification systems, algorithms that adjust to new input to recognize patterns with increasing accuracy. Different models of AI systems, notably including convolutional neural networks (CNNs), are used to process large amounts of data to produce risk or trust scores, or to perform highly precise and accurate biometric matching.

An artificial intelligence system which allows learning to take place in the system. It may use past experiences and compute whether a biometric sample is a match with a template.

An artificial intelligence system which allows learning to take place in the system. It may use past experiences and compute whether a biometric sample is a match with a template.

A method of proving the truth of a claim. Biometric data is considered to be correct and valid. Also known as “validation.”

A physical trait or pattern which is unique to every individual. It often used to verify and authenticate a person’s identity who is enrolled into a system. Biometric patterns can be anything from fingerprints, iris scans, facial recognition or even voice recognition.

A sample is taken from an individual which is unique to their own person. Common biometric data are fingerprint, voice and iris scans, palm vein patterns and even facial patterns.

A distributed digital record of transactions, in which each “block” includes a cryptographic hash of the previous one. This makes it difficult or nearly impossible to tamper with records, which makes blockchain potentially useful for identification purposes, as well as cryptocurrencies.

Testing gathered biometric data against a system or software to verify its ability to perform. The application will be then tested according to set standards for certification. Testing organizations are the ones that issue certifications.

A credential is an assertion about identity made by the entity that issues it. Identity documents such as birth certificates and passports, therefore, are credentials, as is a digital token which asserts that the user of a mobile device is a certain individual. Login information, such as a username and password, are knowledge-based credentials asserted by the user.

In the context of the United Nations Sustainable Development Goals, “development” is meant in the economic sense of improving living standards and socio-economic participation. The World Commission on Environment and Development in 1987 defined sustainable development as “development that meets the needs of the present without compromising the ability of future generations to meet their own needs.”

As opposed to scanning a user fingerprint as a biometric for authentication of the individual, device fingerprinting is the use of publicly available data, such as device type and geolocation, to create device identifiers (the “fingerprint”) in environments where the existing device ID is not supported, or not shared by the user.

A representation of an individual used for online or networked interactions. The representation is functional if it is distinct, continuous, and verifiable.

Biometrics of ears' size and shape.

The conversion of any biometric data into a code which cannot be easily read. A password may be used to decrypt or decode the data.

An enrolled or about to enroll individual who has his biometric data submitted for verification.

Facial features are analyzed and gathered as biometric data.

A biometric system fails to capture, extract and store the data.

The biometric system accepts either a false identity or incorrectly identifies a wrong identity against a claimed one.

An identity established within a system meant to be used by other entities. State’s often operate foundational ID systems through Civil Registration and Vital Statistics (CRVS) agencies with centralized databases. India’s Aadhaar and Social Security Number in the U.S. are examples of foundational ID, and in some cases birth certificates, passports, and other government-issued credentials are used as foundational IDs.

An identity established within a system for a specific purpose, such as to access services from a particular government department or financial institution.

ISO is a leading global standards body made up of representatives from national standards bodies. It maintains a set of standards related to identity systems in general, as well as specific standards for biometrics. In describing a healthy and harmonized identity system in the ID4Africa 2018 Almanac, Dr. Joseph Atick identifies 10 different important ISO standards, along with several others.

A system in which two or more different credentials are required for authentication. The credentials can be based on knowledge, possession, and inherence (something you are), and multi-factor systems usually require users to present evidence from at least two of those categories.

Near-field communication(NFC) is a set of protocols for a method of wireless data transfer between two devices. The technology is evolved from radio frequency identification (RFID) chips, and typically works up to about 10 cm. NFC chips are sometimes embedded in smartphones, ID cards, and passports.

A one-time password(OTP) is a knowledge-based authenticator valid for only a single log-in session or transaction on a digital service, within a limited time. The OTP is usually generated by the service and transmitted to the user by email or SMS message. Often used as part of two-factor authentication (2FA).

A biometric analysis of the palm of the hand

Usually a four-digit number is entered into a system to gain access.

In computer science, a protocol is a set of procedures or rules for transmitting data between devices. Important protocols in networking include TCP/IP, which connects devices in a network or on the internet, and HTTP, which governs interactions between web servers and browsers. There are also protocols for particular types of communication, such as FIDO protocols, which define public key cryptography techniques for user authentication.

The amount of time in which a biometric system analyzes a sample and returns with a decision.

The termination of the validity of a credential or token, often based on a time limit.

A software development kit (SDK) is a collection of resources for developers to extend the functionality of an application to work with something else, usually another application, service, or platform. An SDK typically consists of one or more application programming interfaces (APIs), and programming tools (such as debugging), sample code, and technical and support documents to enable the API’s implementation.

A behavioral biometric that analyses a signature made by the end user. Another signature verification may also analyze the speed, velocity and pressure exerted by the end user when signing his name and not just the image made.

A speech pattern analysis of a behavioral biometric. Subsystems in this category are:

The UN Sustainable Development Goals are a set of 17 goals, each including several of 169 specific targets, intended to transform the world for the better by 2030. They were adopted as a 15-year action plan for the betterment of “people, planet, and prosperity,” which also emphasizes peace and individual freedoms. SDG 16.9 is the establishment of legal identity for all people worldwide, beginning with birth registration.

In biometrics, a template is the digital representation of the features or characteristics used for matching, rather than the original captured image. Entered in a database to be used for online authentication or stored locally on a device for user verification. Should be stored in encrypted form.

Tokenization in data security is the conversion of a sensitive data element into a digital token, which can then be transmitted with a significantly lower security risk.

An assessment performed by an authentication service of the reliability of information about a particular service user, usually aggregated from device or application usage and other information sources. Also used to combine the probability of a correct match in multi-factor identification systems.

The client of any biometric vendor. Essentially, they are the clients that purchase the technology but may or may not enroll themselves in the system. End-users are those who enroll their biometric data into the system.

The process of comparing a biometric sample with the biometric data in the system whose identity is claimed. 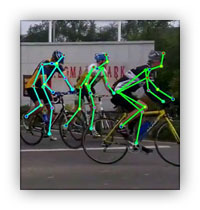 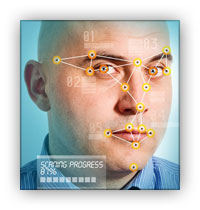 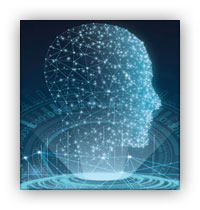 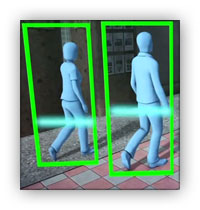 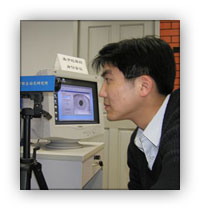 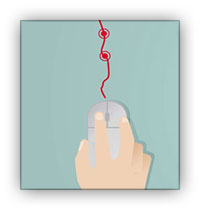